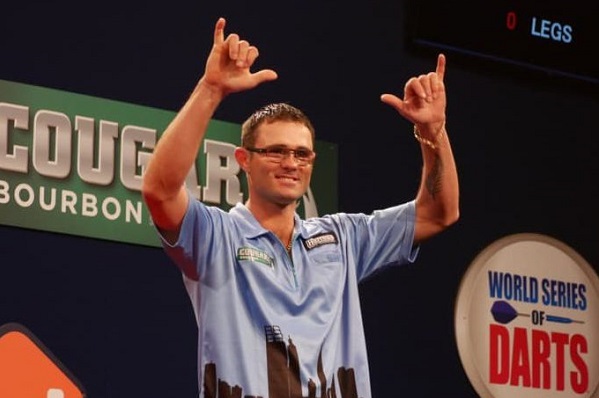 WA’s own Damon Heta has capped off a remarkable 6 months by securing his 2 year PDC tour card the tough Q-School in Wigan on Sunday 19th January.

After claiming victory in the inaugural BDO Australian Open in New South Wales defeating  BDO champion Scott Mitchell in the final and then going on to beat the worlds best to take out the PDC Brisbane Masters, Damon competed in the PDC World Championships before taking on the grueling 4 day Q-School event.

From a field of over 500 in the UK event, Damon finished 4th overall with 13 points just 1 behind top place finisher Adam Hunt.

Darts WA and all our members wish Damon all the very best of luck over the next couple of years and indeed his entire professional darting career.